The Beach and The sea always be my favorite scene to draw.  I don't know how many time I made designed (never being animated) animations with the sea as the background.

like this one I found from my archive. It's one of the illustration for an animation I never made.  Despite its bright scenery, the title was "dear tortoise" and the story was about a griefing hare.  it's too sad that I don't want to finished the script. 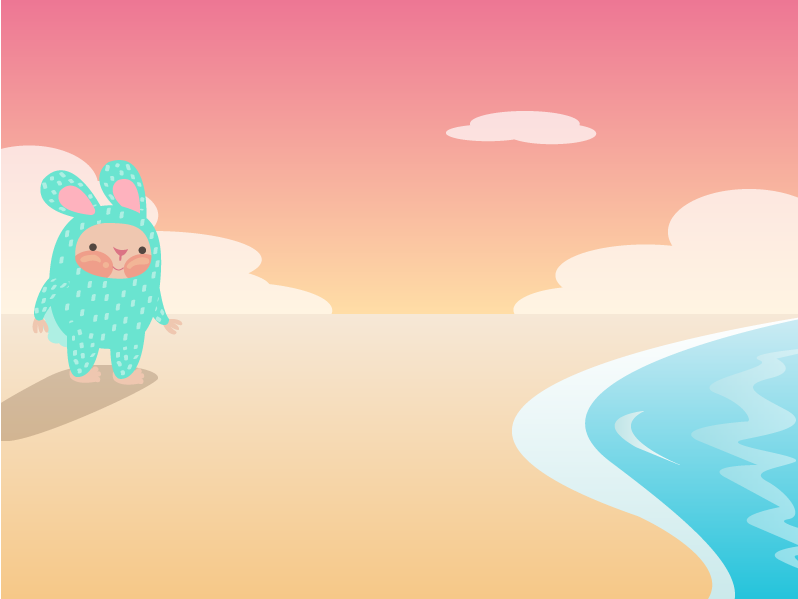 And then, There's also "ke laut yok" (let's go to the sea).   I originally designed the character for comic, but later published it as comic strip. I though of making the animation version (more like a music clip), but back then I was busy working on college assignment. The story was about three teenagers found a boy who is stranded in an island and there's no logical explanation of how. The story inspired another animation I made together with my friends.  The animation title is "Si Bodoh" and of course 90% of the story changed into a very different animation.  too bad my hard disk drive was stolen, I don't have the copy of "Si Bodoh" :(
The animations was very rough, we work in a team of four with different style of drawing, and we were a total amateur.  Thanks to the solid team work and good presentation, we got A.

The latest one is "Cece & Cece", animation for my sister's wedding invitation.  Last year on her birthday, she asked no gift but an animation for her wedding.  My sister's fiance's name is Caesar who is called "Cece", and my sister's name is Severine, who is called "Cece" too by our nephew.  it was started as a prank, my nephew who was 1 years old back then called me "Cici" cause he can't say my name, so I taught my nephew to call my sister as "Cece" cause it's resembled Caesar's nickname (they were just started dating back then and of course she asked for this animation after they got engaged, about two years later) 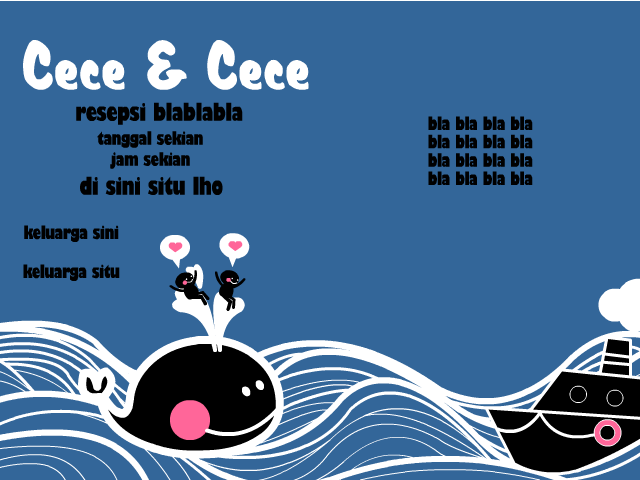 The first animation  design was like the above, cause I wanted to make some experiment using black and pink, and the theme was the same as the wedding: the sea.  She asked me to make the animation since October but all I made was that picture.  I didn't have inspirations for the story.  I could think of various slapstick story or cheap romantic story, but I don't think it fits my sister image, and of course I don't want to be rude to my future brother in law.  so I didn't use this design at all and totally change it few days before the deadline :p

There are actually more animations with sea or water or beach theme that I ever made, but I will safe it for the next time.
Posted by zuperdzigh at 9:34 PM No comments: